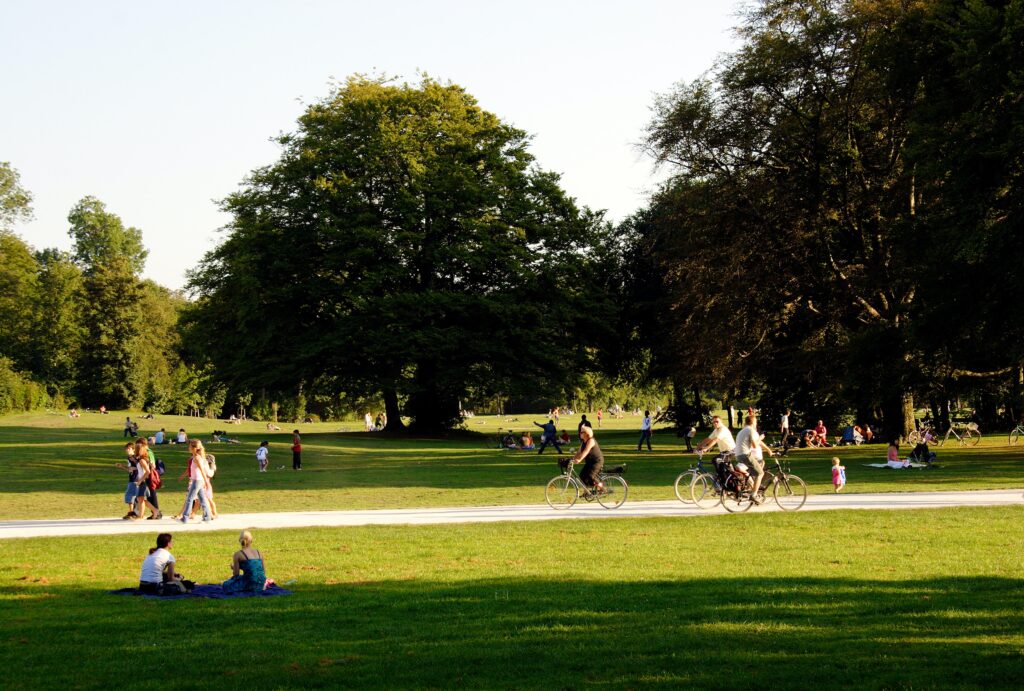 Every time people visit Harlem, people have fantastic experiences. The place has many offers to its visitors- from art to delicious restaurants. The neighborhood is rich with a lot to share. With the convenient location, a few blocks away from Riverside Park, the Apollo Theater, St. Nicholas Park, Columbia University, and the northern tip of Central Park, in the heart of Northern Manhattan, lies Morningside Park. Its ideal location makes Morningside Park a perfect place for wanderers, bike riders, and walking tours.

Moreover, the park offers a picturesque view and has it all – landmarked architecture, practical outdoor amenities, grand landscapes, and commanding views. Located through the neighborhoods of Harlem, Morningside Park blends well with its surroundings. Built on a steep incline, many playgrounds nestle at the bottom of the hillside, forcing visitors to pause along its heights to enjoy the scenic view.

Refreshing paths with flowers and trees bordering it led it to a mesmerizing waterfall. Parents often bring their children to play in its playgrounds and learn after-school activities. However, on Saturdays, people often come across farmers selling goods at the outdoor markets.

The beautiful park got its name from the eastern side of the rugged cliff of Manhattan schist, separating the Harlem Plain to the east and Morningside Heights on the west. Morningside Park includes

Moreover, the New York City Department of Parks and Recreation looks after the park, whereas the group Friends of Morningside Park also plays a significant role in maintaining it.

The park has an irregular shape and follows a north-south alignment, even though the northern portion of Morningside Park curves westward. Furthermore, until 1911, all the sidewalks were asphalt, but since 2008, the pathways have Belgian blocks, concrete, and trees. The park has seventeen entrances.

The park offers several sporting fields. A basketball court and two baseball fields nestle at the southern end of Morningside Park. Moreover, the park also has three more basketball courts near its central portion, whereas, to the north, it has four handball courts and two baseball courts. There is a restroom on 123rd street and children’s play structures on multiple streets, including 110th, 113th, 116th, 118th, and 123rd Streets.

Moreover, the park has an enclosed space for dog owners to bring their pets for a walk or play around. It consists of woodchips over dirt with two fenced-in areas with multiple sections, separated by steps. Dog owners can easily access the dog run section from 114th Street and 116th Streets. Furthermore, at 121st Street, Morningside Park has a barbecue area.

The Morningside Park’s design had many paths and plantings. These paths followed the topography and several locations had stone steps that connected paths at different locations. The stone stairs merged two portions of 120th street and 116th street. The tracks were made of concrete, gravel, and asphalt, whereas the staircase had bluestone with rockwork edging. Over the years, benches, railings, fences, and lights were added to the property while removing the rockwork edging.

4uJworks is an established family owned licensed and insured Moving Company that specializes in cost-effective and reliable moving services for residential, commercial and long-distance moving.

What Tips Help You for a Long-Distance Move? 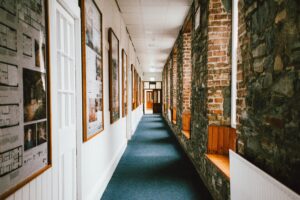 Things you can do during your summer break at Centennial College

In life we make many good and bad decisions, moving with us; you made another good one

At 4uJworks all commercial moves are supervised by a project manager that ensures minimum downtime and our. At 4ujworks our experienced moving specialists are trained in planning management, and packing to guarantee that employees from any corporation can efficiently and quickly move to their destination hassle-free.

Our moving personnel are experienced extensively in packing, loading, unloading, and assembly. By constantly being in touch with our clients, we make sure that every task is performed on time and with care. We take pride in all of our teams and knowing that we can make the moving process stress-free as it should be!

We will pack everything in your home and if need be, we will also unpack all your belongings as well. We have a wide variety of packing supplies such as bubble wrap, boxes, wardrobe boxes, tape, mattress covers, blankets etc. If you have any questions, concerns or specific requests, please contact us and one of our friendly representatives will be glad to assist you.

We’ll install it, repair it or build it!
We can do: framing, drywall, plastering, tv wall mount, flooring, light fixtures, faucet replacement, landscaping, toilet installation, painting, garage cleanouts and MUCH MORE!!
(If you have any specific requests please contact us)

In the case your belonging’s are not ready to be delivered to your business or your new home, our customer service team will be glad to assist you with a storage facility provided by our partners until you are ready for redelivery. The storage facility features climate-control, 24-hour protection, and can accommodate your belongings on a short or long term basis

Our staff will disassemble and pack the necessary items and will reassemble these objects gently as soon as they arrive to your new address. All objects will be properly labelled, screws will be fastened and attached to the main parts of the furniture without being ruined. At 4uJworks we can take this job off your hands by assembling office and home furniture, as a separate service as well.

Do you have something to be removed or moved into another area of your home or business? Our trained staff will always be fully prepared and ready to take on any task big or small at 4uJworks we move all!

A Long Distance move requires more preparation, patience and skill to competently move all belongings from one point to another. At 4uJworks, we are dedicated to planning your move as specific as possible to ensure that there will be no surprises during the entire process. A manager will be assigned to each client to effectively plan the move according to the clients’ wishes and to answer any questions that may arise.

4uJworks offers a wide variety of professional relocation services, including the separate transport of large furniture, appliances, and other valuable possessions. We take full responsibility of the preparation of the transportation process of any goods and property.

4uJworks can easily pick up old furniture, packing materials, old boxes, and any other unwanted items. All material will be disposed of accordingly. We work quickly, carefully, and at a time convenient for you.

If you already have a truck, trailor etc. our team of professionals can help you to load and/or unload, bringing the necessary equipment to handle the job at ease!

Aside from physical strength, our movers work very well in teams and have great coordination, especially when working with large items. At 4uJworks, we have developed effective solutions for shipping and moving pianos. Our piano moving service includes wrapping the piano in shrink wrap and large blankets to ensure the exterior will not be damaged. Next, the piano is loaded onto our truck and fixed with special fasteners to make sure the piano will not move around the vehicle.

Lorem Ipsum is simply dummy text of the printing and typesetting industry. Lorem Ipsum has been the industry’s standard dummy text ever since the 1500s, when an unknown printer took a galley of type and scrambled it to make a type specimen book. It has survived not only five centuries, but also the leap into electronic typesetting, remaining essentially unchanged. It was popularised in the 1960s with the release of Letraset sheets containing Lorem Ipsum passages, and more recently with desktop publishing software like Aldus PageMaker including versions of Lorem Ipsum.